We are almost in the last quarter of 2017, and there’s a lot going on in our mind. For many, this time of year marks the end of the “lazy quarter,” also known as summer. It would be winter coming to an end for others in the other half of the world.

Either way, it’s the end of a slower, lazier time where we’ve had little energy to get much done, and sometimes, when we enter this phase for a long period, we pick up a few bad habits along the way. Now, with Sun in Mutable Sign Virgo, and other planets joining the Virgo party, we enter an industrious period.

This is a wonderful reminder of why we need to pull up our socks and engage more good habits than bad. As the end of 2017 looms, let’s talk today about why some old habits SHOULD die hard, and how you can go about doing just that.

Blame Mercury Retrograde For That….

We’ve just come out of a fairly intensive Mercury retrograde period. This occurred during the lazy summer month of August, and it was a bit of a doozy. Along with Mercury retrograde we had a very heavy eclipse season, one of the heaviest we have had in decades. Did a lot happen to you last month? You aren’t alone. We are all feeling it.

After an intense month, we kind of just want to take a break, and it’s easier to be lazier now. It’s also easier to get stuck in bad habits as well. So when summer winds down, and the end of the year looms, it’s hard to get out of this rut.

It’s very easy to blame Mercury retrograde for that, and you should! This is not an excuse, but actual reasoning on why some things in life just went slower, and we leaned on some of our crutches a little bit more than usual. A crutch is not supposed to be a permanent solution to anything. A crutch is just that.

If you needed to lean on something over the intensity of the past few weeks or months, fine, but now, it’s time to harvest some miracles in your life. You aren’t going to be able to harvest anything successfully if you are leaning on some bad habits. Yes, blame Mercury retrograde and eclipse season for a lazy period, but it’s over. Time to pull up those socks again.

This is the time of year that is harvest season. In Canada, where temperatures are notably a little bit cooler, harvest season comes earlier. As such, so does the holiday Thanksgiving. Canadian farmers do not have the option of leaning on crutches and ignoring weeds right now. This is their most abundant time of the year.

Every garden, every farm, every spiritual landscape, has a few weeds in it, and sometimes, we just don’t feel like pulling them, especially after the climate we’ve been suffering this summer. Being too tired to do anything about it doesn’t make the potential for abundance go away.

If all you can think about is how much you love your bad habits of laziness or crutches, then all you are seeing is the weeds. You aren’t seeing what lies underneath, which is success and abundance. You are not going to succeed or profit from that abundance by succumbing to the bad habits you have picked up over the past little while in your life.

Do you like to eat? Who doesn’t? Maybe even eating too much is one of those bad habits you’ve picked up during Mercury retrograde or the lazy days of summer. What if the farmers who made that food possible just decided not to go to work one day?

Out with the Old, In With the New

It’s almost a miracle the way the universe has designed the calendar. After summer or winter, it’s very hard to pick up our sluggish selves and say goodbye to our lazy habits. With all of these planets in industrious Mutable Sign of the Earth Signs Virgo, it becomes a little bit easier. Try some crystals to help.

Some habits are good to have and some aren’t. You don’t need us to tell you what they are. You’ve probably had them rolling around in your head as you read this. As the farmers take out the weeds and harvest their crops, something new and wonderful happens. Success! This is the time of bounty, and who doesn’t want that?

That’s the beautiful thing about abundance. There really is enough to go around for everyone.

When Virgo energy is active, wishing for it isn’t good enough. You have to go out and actually do something to make this success happen. You can stare at those weeds and bad habits all the live long day. They aren’t going to go away by just looking at them.

When you adopt this “out with the old, in with the new” mentality it becomes much easier, and success becomes more of a realistic possibility than it did when you were just wishing for it. Sometimes old habits NEED to die hard.

The number one reason old habits need to die hard sometimes is because they are very damaging. It’s okay to have them. We’ve all fallen into that trap in our lives. If you are looking at the end of the year, and wishing your 2017 goals were all wrapped up, and wondering why they are not, it may be time to reassess those habits of yours.

Is it time to do some weeding so you can harvest some success? You’ve got a few months to work it out. When you clear out the old, you have fewer things to worry about, and more energy to focus on the good things in life. What old habits do you think need to die hard right now?

As a Scorpio, Christine Beswick is a natural empath, using her watery emotional side to bring you the astrology answers you need to find abundance. Christine’s favorite tools of… Learn More About The Author » 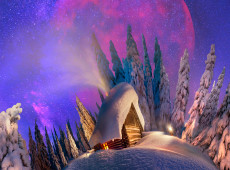 Full Moon in Cancer: Home is Where the Heart is for the Holidays

It’s Full Moon time again, and we are being given a very special gift this year. It is the gift of a Full Moon on Christmas Day! And even more special is the gift that this Full… Read Full Article » 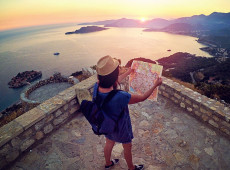 Scorpio season has a tendency to freak a lot of people out. Poor Scorpio. But what many people don’t know is that Scorpio is as intensely good as they are intensely… jealous… Read Full Article » 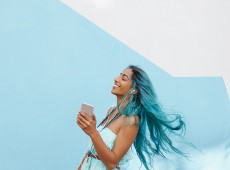 Even though the bold and eccentric Aquarius season may always have some element of predictability and maintain a wildcard status, there will be no other time quite like Aquarius… Read Full Article »