Chakra is a Sanskrit term for "wheel" or “cycle” referring to the “wheel of time/dharma” from early Vedic texts. This cycle is created by the 7 energy centers that are found in the body, starting with the root or base chakra that is found at the tailbone and going up to the crown chakra which is found at the top of the head.

The concept of chakras and chakra healing is based in Hinduism and has gained popularity in meditation and yoga as being focal energy points of healing. Healing blocked or unaligned chakras can come in many forms, some use meditation to connect, and other use energy healing types such as reiki, crystal healing, and divination (chakra pendulums, stones, etc.)

Each chakra is represented by a different meaningful color. The root chakra is red, the sacral chakra is orange, the Solar Plexus chakra is yellow, the heart chakra is green, the throat chakra is blue, the brow chakra is indigo, and the Crown chakra is purple. These colors can be used in the healing process in many ways including specifically colored foods, clothes, crystals, and living spaces.

Additionally, each chakra is associated with a specific set of physical organs, personal traits, spiritual wellness, and emotional function that it influences. For example, the Root chakra connects to grounding, basic needs, stability, and survival. It resonates with the ‘C’ music note, rules our legs, feet, and bones, and often is related to our sense of smell.

Want more? Take our quiz: Which Chakra Guides You?

Which Disney Princess Are You, Based on Your Zodiac Sign?

Disney has been enchanting moviegoers since 1923 with animated films - in fact, they were one of the first companies to use live actors interacting with cartoon characters.… Read Full Article »

Welcome to the season of the Scorpio—that mysterious, enigmatic astrological sign that most of us find ourselves inexplicably drawn to. And as such, many of us may also be… Read Full Article » 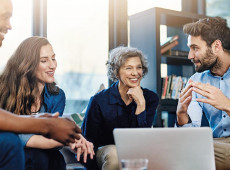 Everyone wants to be liked. The harsh truth is not everyone is compatible with everyone else. There are always going to be people who just rub you the wrong way—and you’re… Read Full Article »

How to Channel Your Fire During Aries Season
Here’s Exactly What to Do During Taurus Season
You Pulled The Hermit Card - Now What?
Like
Follow
Follow