Mythology comes from the Greek words mythos, which means the story of the people, and logos, which means words or speech. Essentially, mythology translates to the spoken word or story of the people. Myths originate in the oral tradition, meaning that over the years myths have morphed to have different meanings and elements based around the era and storyteller (it’s almost like a game of telephone with morals).

Myths should not be confused with legends. Myths can be (and usually are) totally fabricated, while legends usually have some root in factual people or events.

Mythology is the study of the stories which explain the culture, beliefs, and other events of a particular group of people. These folk tales often explain things like how the world came into being, or what happens to the Sun after it sets, etc. Symbolism is incredibly important in mythology, for example,  something as simple as lightning can take on a whole new meaning in a person’s life after hearings a tale about Zeus.

Often myths deal with real elements of human life and condition, transported into an interesting tale filled with lessons that should be passed onto the next generation. They’re very valuable insights into different cultures, and they’re also relevant when it comes to understanding the human psyche.

Beyond the gods that make regular appearances in popular myth lore, many supernatural beings that still exist in our culture (like mermaids or nymphs) come from passed down oral tales.

Discover the myth: Which Greek God is Your Zodiac Sign.

An example: The Epic of Gilgamesh is considered to be one of the oldest known myths/epic poems in the world. This tale comes from ancient Mesopotamia and was a series of short stories passed down through the oral tradition and was eventually engraved in the Akkadian language on the Deluge clay tablet, this is where it was rediscovered in modern times. 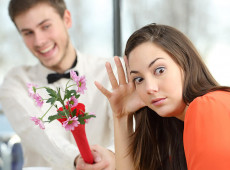 Have you been trying to get through to your lovable Leo, but feel like you’re just banging your head against the wall? Have you been hoping to send sweet signals to your aloof… Read Full Article » 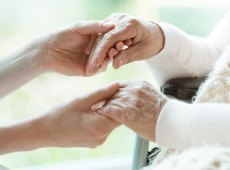 When Healing Should Become More Than Just Your Hobby

I never considered being a healer. I didn’t even know what a healer was for most of my life. Somewhere along the line though, I started to see synchronicities and get intuitive… Read Full Article » 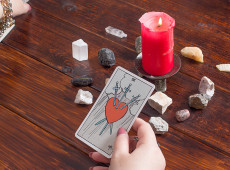 A Tarot Spread for Your Chinese Zodiac Trine

That’s right, the title says ‘Trine’ – not ‘sign’. If you’re new to Chinese Astrology, you may be wondering what that is! While everyone is familiar with the Chinese… Read Full Article »