If you look at the number 2 and think it resembles a swan gliding across the waters, or even someone knelt in prayer, you'd be right! Both of these qualities-grace and humility-are qualities of the number 2. 2 is sensitive, but this is not a sign of weakness as some might think. 2 wears that sensitivity like a suit of armor. It takes great strength to be kind when others are hurtful, to forgive when others have done wrong, and to be calm when everything seems to be falling apart.

There's a difference between being considerate and being submissive, and 2 understands the distinction very well indeed. 2 isn't comfortable taking credit, it doesn't crave a lot of attention or demand recognition. It's happy to play a supporting role, to make sure that those under its care get the accolade they deserve, and are treated fairly along the way. 2 is charming and charismatic, creative and understanding, and needs to lend its ingenuity to others in order to feel complete.

As content as 2 is to work in the background and out of the spotlight, don't take its assistance for granted. This number needs reassurance that it's playing its supporting role well. If it's overlooked, it has the potential to be jealous or catty, and while it takes 2 a long time to get to the breaking point, don't be fooled. There is quite a temper lurking under that calm and kind exterior.

2 also has a taste for the luxurious, the refined. This is because it seeks to bring balance in all things, and that includes aesthetics and its surroundings. This vibe brings an enigmatic and indulgent energy wherever 2 is found, opening the doors for you to learn more about yourself, your responses, and the company you keep. 2 brings great insight, but these epiphanies are likely to be gentle awakenings, rather than sudden revelations. It's not in 2's nature to be brash. You'll rarely see 2 being pushy or bossy. It shows up to bring patience, wherever it falls in your personal numerology, wherever it turns up in your daily life. 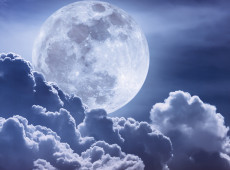 The Ultimate Guide to Full Moons

Let’s imagine a Full Moon is approaching. You know what it looks like, you know there is some kind of message to be had - but what does it all mean? The Moon moves in cycles… Read Full Article » 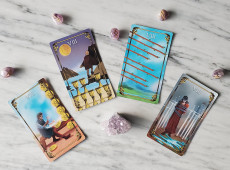 Good omens from the Universe come in many forms. Maybe you’ve just seen a rainbow, a dove, or a $20 bill lying at your feet on the sidewalk — but have you considered what good… Read Full Article » 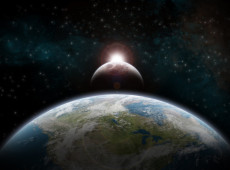 Eclipses always bring with them some kind of a clout, and September’s solar eclipse is no exception, especially with Mercury being retrograde in Virgo at the same time, AND the… Read Full Article »