Tigers are brave, bold, sensitive, dynamic, fierce and independent. The Tiger person can often be found heading the charge, shouting, “GO!” whenever there’s a mission to be accomplished and others admire them for their steely nerve and stout hearts. Tigers like to be independent and do not enjoy being told what to do, so it is common for them to come into conflict with authority at least once in their lives. They are adventurous souls and do not like to be tied down, until they hit middle-age when their fierce tendencies tend to soften.

On the negative side, they can be over-sensitive, overly-opinionated and mistrustful. They will not back down, even when walking away is the best thing to do. They can at times have an explosive temperament which can win them plenty of enemies. However, this sign can be soft, gentle and warm-hearted when you have won their trust, and they make loyal friends and firm allies.

Career-wise, the Tiger likes to try their hand at many things, especially in the earlier part of life. Acting, writing, singing, dancing, circus performing, travel agents, musicians and pilots are all exciting prospects for a Tiger native. They can become easily bored by jobs and hence they have a tendency to hop from one to the other, until they find something they consider stimulating enough to stick with, in which case they give it their all.

Traits & Characteristics for Those on the Pisces/Aries Horoscope Cusp

Do you dream like a Pisces but your intensity rivals that of an Aries? What gives? Most of us are aware of our star/Sun sign and what it means in the grand scheme of our… Read Full Article » 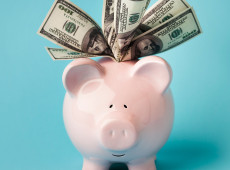 Jupiter In Sagittarius: Wealth is Upon Us

The sign of Sagittarius is ruled by the planet Jupiter, the benevolent planet of expansion that brings opportunity and fortune. Jupiter entered Sagittarius in November of 2018 and… Read Full Article »