Tarot For Aries: Which Tarot Cards Correspond With Aries?

Read on to discover a little bit more about these two cards and how they correspond to the Cardinal Fire sign Aries!

Aries, as many of us know, is the first and one of the feistiest signs of the zodiac. Known for their boldness, leadership skills and energy, an Aries person can often be found at the head of the helm or embarking on great enterprises. They are an ambitious people, willing to go to great lengths to reach their goals. Ruled by the planet Mars, this is a sign that knows how to get things done.

Aries in the Major Arcana: IV. The Emperor

In a Tarot reading, The Emperor of the Major Arcana is the quintessential Aries personality. In the Tarot, he is depicted as a wise, older man, quite stern and commanding. One look at him and you instantly know not to mess with him! He is a fatherly figure to his entire kingdom, yet he has a set of rules and boundaries that must be obeyed. As a ruler, he is benevolent and clever, knowing how to rule while keeping his people happy. However, those who challenge his authority or behave in frivolous, unthinking or damaging ways which may hurt his people or his kingdom will swiftly feel the brunt of his displeasure!

This is very like the Aries individual, especially those who find themselves in positions of power. Like the Emperor, Aries people have worked hard to get where they need to be. Painstakingly diligent, nothing annoys them more than people who don’t appreciate the efforts they put in to build their kingdom, nor the necessity of following rules and obeying orders. The Emperor is all about law and order; he creates order out of chaos and has a brilliant knack for strategy and coordination. Woe betide anyone who seeks to destroy all he has worked so hard to build!

In reverse, the Emperor is no longer a wise, benevolent ruler, but a tyrannical dictator who allows negative qualities of egoism, ruthlessness, jealousy and too much pride to overpower him. This can occur when he loses sight of his true goals and intentions, which are to rule with love and peace and his heart where his primary determination is inspired by his love for those around him and under his protection.

When he focuses entirely on himself as opposed to others, such negative qualities can manifest. A lack of humility and an inflammation of ego can drive him towards actions that make him a feared ruler, not a beloved one. The same goes for the Aries individual who, in their negative polar state, may display the same traits. People may be afraid of them, scared to speak their minds for fear of repercussion. Strong characters who make their mark on the world always run the risk of allowing an innate desire to dominate turn them into power-hungry tyrants.

If they keep their intentions pure and their egos in check, Aries will be the very best of themselves and truly make the world a better place, especially for those who look to them for guidance and inspiration.

Aries in the Minor Arcana: The King of Wands

The King of Wands is like a milder version of the Emperor. He is a visionary and a go-getter, unafraid to take the necessary steps to reach his goals. He is the most mature aspect of the Wands (Fire) suit and has mastered his fiery energy for the greater good, no longer falling victim to his own energy and allowing his hot temper to get the better of him (like the Knight of Wands). Instead, he controls it and wields it for the benefit of all. His presence is commanding and inspiring, and he also has a very theatrical way of speaking! The King of Wands certainly knows how to command a crowd.

As with the Emperor, in reverse the King of Wands can turn into one of the meanest, pettiest bullies you have ever met. As with Aries in their most negative pole, the reversed king must beware of jealousy and ego which can be detrimental both to him and those around him. This king can be extremely aggressive, especially when thwarted. His self-esteem may be damaged and he may try masking this through arrogant bluster, putting down everyone in his path. Once again, firm control over the ego can prevent this manifestation.

Next time you do your daily Tarot card reading, just remember The Emperor and the King of Wands correspond to the fiery Aries sign, which can be especially useful if you yourself are an Aries or know someone who is.

True innovators and achievers, they have the ability to lead, conquer and inspire in equal measure. Pride and humility are defining characteristics of this sign, and these two cards, so if they can gain a solid, controlled reign over both, then these people have the potential to do remarkable things for this world.

Sarah Brownlee is a harmonious Libra Sun, Conflicted Scorpio rising, and a Tiger in the Chinese Zodiac. A whirlwind writer with a passion for Tarot cards and Astrology in all… Learn More About The Author » 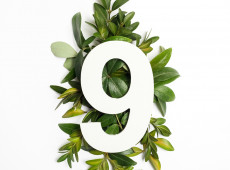 The 9th house of your astrology birth chart is referred to as the ‘house of philosophy,’ and it’s directly opposite the 3rd house, which deals with short travel, your… Read Full Article » 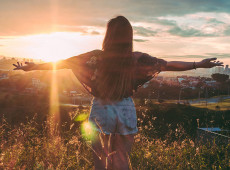 What if I told you that your birthday is actually your own personal New Year? No, not just a reason to drink too much champagne and celebrate. I mean a new year in your life where… Read Full Article » 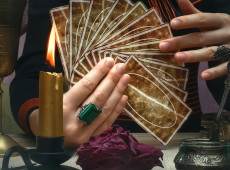 Impress Your Friends With These Tarot Reading Tips

Tarot is growing in popularity as a time-tested practice of divination. People are more open to its wisdom and you do not have to be a professional to give a valuable and accurate… Read Full Article »