Tarot for Pisces: Which Tarot Cards Correspond with Pisces?

The zodiac sign of Pisces is imaginative, intuitive, emotional, and broad-minded, thanks to their Mutable nature. Known to be the most spiritual of the zodiac signs, many Pisceans are naturally drawn to the Tarot as a way to access their already powerful intuition with even more clarity.

There is a rich inner world inside Pisceans that goes unrivaled by other signs. Inspiration is key to this sign, and every great artist, poet, writer, or musician born under the sign of the fishes will tell you that their greatest work was done in flashes of inspiration.

That said, any zodiac sign can find multitudes of inspiration by looking to the Tarot for guidance. In fact, all the cards in the Tarot correlate with one of the zodiac signs. Today, in honor of Pisces season, we’re going to look at the Tarot cards that correlate with Pisces and how to interpret them in your next Tarot reading.

Pisces in the Major Arcana: XVII. The Moon

The Moon card has a connection with all the Water signs (Cancer, Scorpio, Pisces) as they share a particular power within the subconscious mind and a specific depth in the realm of emotions. However, it is the fundamentally dreamy and complex nature of Pisces which pairs The Moon so aptly with the enchanting, yet at times confusing, Moon card The Moon, with her ability to enchant and terrify in equal measure, epitomizes the Piscean desire to inspire.

Pisces often feel pulled in two separate directions, symbolized by the two fish swimming in opposite directions. The best way to explain this is to look at the concepts of Yin and Yang, two opposing forces that ultimately work together to create something whole. Pisces has Yin polarity, as does the Moon. Both represent the subconscious world, which is often hidden from society or from those around us; it represents our deepest fears, illusions, hopes, and dreams.

The Moon card points towards our shadow side, the things we keep locked away for fear of anyone encountering our true selves. At times, we may even hide this side from our own selves if fear overpowers us; this is indicative of the rather haunting phrase:

Many people would be scared if they saw in the mirror not their faces, but their character.

Pisces are often pulled towards their hidden, subconscious selves by very dint of their emotional and intuitive nature. Take a look at The Moon card in the traditional Rider-Waite deck – the face of the Moon looks troubled, anxious even. This correlates strongly with the Pisces zodiac sign, who often finds themselves battling their dual nature, attempting to find a balance between the inner Yin they desperately crave and the outside Yang that demands the best of them. And yet, there is beauty there, a special, ethereal sort of beauty that can’t be found in the ‘real’ world. The moonlight, the dog and wolf barking up at the moon in seeming worship, the gentle river, the crayfish that is coming out to play – these represent the beauty of nature, and Pisces is a sign intrinsically connected to nature, especially water.

This is Pisces at their very best. Ethereal, beautiful, imaginative, dreamy, and gentle. But no one can escape the real world, the harsh one that Pisces may try to hide from. Look closely at the whole picture on The Moon card. The wolf and dog are not just barking at the Moon, but howling, demanding the Moon’s attention – the Moon, subsequently, closes her eyes, unable to deal with the deafening racket. This represents the Piscean desire to retreat from the noise and chaos of the outer world, particularly when things become too stressful.

If the Moon is out as it is on the card, then it must be night-time – and by the light of the Moon, things appear very different to how they seem in the day under the blazing rays of the Sun. Innocent trees look like monsters in the dark, or a lover’s face may change entirely, leaving you feeling fooled and your lover scorned. This is the dark side of The Moon, the deception and illusion that is created under her gentle light.

This is the same deception Pisces feels when they veer in one direction at the expense of the other, repeating to themselves that their shadow side is not real. This can ultimately lead to a stagnation of emotional, mental, and spiritual growth and is particularly potent for Pisces’ sensitive self. When Pisces attempts to stifle their rich inner world, this is the risk they undertake; likewise, an unruly, out-of-control imagination can create abject terror in them, ending up at the same destination of Moon-lit madness. Pisceans need to be particularly careful with alcohol or drugs, which may be used as a form of escapism.

Pisces in the Minor Arcana: Page of Cups

In the Tarot, Page court cards are said to hold all the potential and energy of their suit (in this case, Cups). In some cases, they can represent children. Pages are ready to embark upon new adventures explore and new opportunities.

The suit of Cups in the Tarot is connected with the element of Water. Cups represent emotions, feelings, relationships, and creativity.

In the Minor Arcana, Pisces is represented by the Page of Cups. This young Page is the epitome of the dreamy Pisces fantasist. The Page of Cups’ emotions are pure and deep, and when he loves, he loves with all his heart and soul.

Both the Moon and Page of Cups represent dealing with the beauty of life and the darkness of life in their own deep, gentle, complex way. This is the true mark of Pisces, the duality between Yin and Yang and the ultimate quest to unite both beauty and illusion as one.

Sarah Brownlee is a harmonious Libra Sun, Conflicted Scorpio rising, and a Tiger in the Chinese Zodiac. A whirlwind writer with a passion for Tarot cards and Astrology in all… Learn More About The Author » 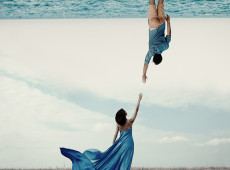 Most everyone knows their Sun sign, but not everyone identifies with it. Does this sound like you? If you were born during a certain set of dates - essentially between two signs -… Read Full Article » 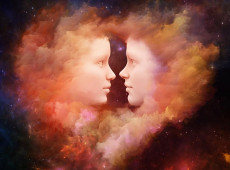 Learning to Accept Yourself: Astrological Edition

Self-acceptance is a much-needed and sometimes overlooked trait, but learning to master it will improve your life in ways you never thought possible. Without learning to accept… Read Full Article » 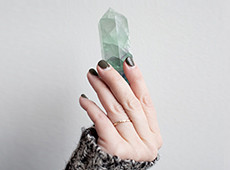 The Best Crystals for Pisces

As a deep-thinking Water sign with a rich inner world, Pisces is a sign known for both their creativity and complexity. As Pisces such a sensitive sign, it is important for Fishes… Read Full Article »