Tarot Numerology: 4’s of the Tarot

2020 is the year of the number 4 (numerologically speaking), so there’s no better time than now to see what the 4’s of the Tarot might have in store for us.

If you’ve stumbled upon a 4 of the Tarot in your own readings, or simply have been seeing the number 4 everywhere in sight, it’s time to see what that number is trying to tell you!

What Does a 4 Represent in the Tarot?

If you’re familiar with the Major Arcana of the tarot, you’ll recognize that the number 4 is associated with The Emperor, a card of masculinity, stability, and authority. Strongly associated with Aries, this card pulls no punches and has built a strong foundation from which to lead.

The Emperor is a lot like its other “4” counterparts. As so far in the Minor Arcana the journey had only just begun from Ace to 3, it is in the 4’s that you can begin to see some foundations, stability, and strength blooming from once the untouched path.

In numerology, those who find themselves with a life path number 4 are likely to embody a lot of the qualities seen in The Emperor. Strong builders and leaders at heart, 4’s are the most likely to earn their achievements rather than simply fall into it. While they may feel stressed while under pressure, this won’t stop their determination from continuing the pursuit of their goal.

You can see a lot of similar themes brought up not only in the card of The Emperor, but in other Minor Arcana cards!

The 4’s of Tarot Through Each Suit

In the Minor Arcana, the 4’s may adopt a bit of a different look or meaning and vary throughout each suit, but you can still see the common core threads of stability, structure, authority, and foundations lying beneath all of them. If you are having a hard time seeing the connection, worry not! We’ve outlined each 4 of the Minor Arcana below.

In the passionate, light suit of Wands, a 4 represents the foundations of happy homes, celebration, and friendship. True celebration can be underway in this card, as this card often depicts some joyous occasions and cheering! Unlike the Ace or the Two of Wands, however, this isn’t just joy stemming from unharnessed or unplanned potential or energy. It has been forged into a solid 4, demonstrating how you have built up your happiness through hard work and time.

Sometimes it isn’t a joyous celebration that is an indicator of stability, but rest and rejuvenation. That is what is represented in the 4 of Swords! In this card, resting the heart, body, mind, and soul is what’s depicted, noting how sometimes foundations are built upon the most seemingly basic of actions, like taking a break from the journey itself. Before you can pick yourself up and keep going with the long path ahead, the 4 of Swords reminds you that taking care of yourself first is key.

Although 4’s are definitely about stability and foundations, with this naturally comes the fear of losing it. In the suit of Pentacles, a suit of finances, career, home, and material abundance, it can be easy to get wrapped up in the fear of lack, or the fear of losing what you already have. This card represents the consequences of getting too caught in the mindset of control and stability; at times, you have to let go and recognize not all can be forever.

Much like the 4 of Pentacles, the 4 of Cups likewise represents a consequence of latching on too closely to the prospect of control and stability. If you remain too close to the initial plan you had intended, you risk missing out on options you could not have foreseen — that is what the 4 of Cups warns of. It additionally warns of boredom and arrogance, reminding us that not everything looks like the plan we may have forged so intentionally in the beginning.

While initially the promise of the 4 — stability, foundations, achievements, and abundance — is appealing, we have to keep in mind that it is not even halfway through the Minor Arcana quite yet, and so much is left unseen! There is beauty and an abundance of purpose in the lesson of the 4, so long as we remember that there are even more lessons lying ahead for us.

Now that you’ve mastered the 4’s of the Tarot, make sure to catch up with the Aces, 2’s, and 3’s of the Tarot for the full recap of the first 4 tenets of Tarot!

Which Tarot Card Are You? Click here to take the quiz and find out!

An honest Aries with a grounded Virgo Moon and Rising, Lexi Hikari picked up her first astrology book at age 12, and has loved the language of the stars ever since. She began her… Learn More About The Author » 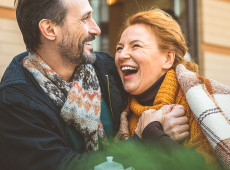 Your Numerology Relationship Compatibility Based on Your Life Path Number

Sometimes relationships hit a bump. Usually, these challenges sort themselves out with time, but while you’re in the thick of things you could well wonder if it’s all worth… Read Full Article » 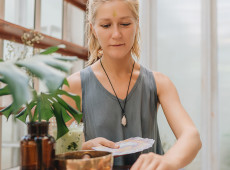 When life is at its most complicated, the Tarot can be one of the avenues for answers that can seem to simplify things down to their core. Whether it’s about love, finance, our… Read Full Article » 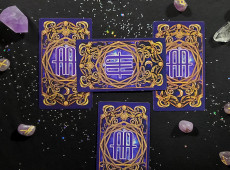 On 27th November, the planet of dreams and illusion shall meet the sign of magic and romance; Neptune will turns direct in its home sign, Pisces. This is a time that can provide… Read Full Article »