We are in an exciting time of growth and opportunity, or at least, a time where we can see the prospects and potential for growth. It’s the last week of Winter!! In the Southern Hemisphere, it’s the last week of Summer, and some of you may be singing the pre-Autumn blues there. But rest assured, no matter what season you are one week away from entering, you are destined for a season of harvest if you play your cards right.

This week we don’t have any major transits from the Universe to report. As we wind down Winter in the Northern Hemisphere, we are saying goodbye to a lot of things and preparing for growth and the blessings of Spring. The same is happening in the Southern Hemisphere as well.

All transits for the week are in a bit of a status quo. The only member of the galaxy that we have in the slow lane right now is Mercury, who will be in retrograde until the end of the month. But this is a good thing! Our gadgets and travel plans may be a bit on the brink, but we can still get around this slower energy.

The key to success in these slower energy days is to not resist the retrograde. Many of us run into problems when we go into a Mercury retrograde feeling like everything is about to hit the fan. But if you head on into any retrograde period feeling like that, you set yourself up for failure.

Instead, use the retrograde and the “re” themes that come with it to reboot, refresh, reconnect, reunite, remember, and live your life authentically. Life and communication could be slow, but that’s a necessary part of balance. If life isn’t moving at the pace you want it, there’s a reason for that.

Prepare for the abundance and bounty of Spring by putting in the solid effort that you know you need to manage to create your own success. Don’t forget to stay on top of your Daily Horoscopes to get the inside scoop on your day-by-day during this time.

Moon: Taurus – Get sensual with your feelings.

Moon: Cancer – Nurture your domestic side.

As a Scorpio, Christine Beswick is a natural empath, using her watery emotional side to bring you the astrology answers you need to find abundance. Christine’s favorite tools of… Learn More About The Author » 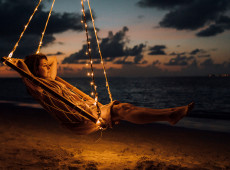 Greetings, Earthlings! After the stress of last week, we have a fun week on the docket, with a few planets making some major changes. We are officially one full week into the Fall… Read Full Article » 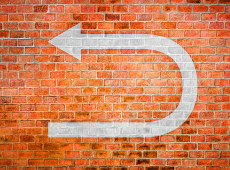 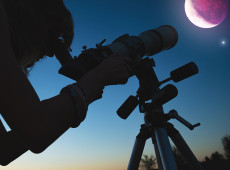 July 16th brings a partial lunar eclipse during a Full Moon in Capricorn, which will complete the change cycle we began during the last eclipse season in January. While many… Read Full Article »