When asked what our worst fear is, most of us would respond with something tangible, like spiders, snakes or a fear of heights. If you really looked inside yourself though, your real fears may run a little deeper, but they’re harder to discuss. Some fears are more emotional, or tied to losing something very important to us, a possession, a relationship or even our house or job.

Today, we are looking at the worst fear of each zodiac sign, based on some of your innate characteristics.

Picture a burning fire, uncontained. It feeds itself when fueled by the air around it, and to watch it burn freely makes us aware of its power and unpredictability. It’s just as likely to catch on to its surroundings and grow as it is to die quickly and fizzle out.

This is very much like the true nature of Aries, the first of the fire signs, as they have an innate need to burn freely, choosing their own fuel to add to their inner flame, or lust for life. The true fear of the ram then, is being trapped - by a person, a job or a circumstance that will leave them feeling as though they are stuck, with no choices to free them.

At their core, bulls are deeply afraid of losing their security. Whether that comes down to an empty bank account, or losing their house or their job, one of the reasons Taurus is so good with money and finances is because they need to feel they have secured the things that matter to them.

Being self-sufficient is very important to bulls and to lose the solid foundation they have built would likely leave them dependent on others, which could destroy their hard-earned pride. This is a common fear for many, and rationally so, but it is particularly scary for Taurus.

Gemini - Not Being Heard

Ruled by Mercury, the sign of the twins has a deep need to communicate – a story, a piece of information or even just their own passion about something they are inspired by. Their busy brain is constantly on the lookout for new tidbits to store away for later, when they can share them with others, and be in the spotlight as an entertainer.

Being able to communicate and be adaptable to any person or situation is key to their true self as well as to their confidence, so for Gemini, the real fear lies in not being heard.

For the sign of the crab, security and comfort from loved ones is paramount to their happiness. While they sometimes need to retreat into their shells to recover from the slings and arrows of the world, at the end of the day, relationships are crucial to their well-being, and Cancers can be very co-dependent.

For this reason, it’s logical that they would be most afraid of being abandoned by those they love. Being able to nurture and care for others is innate to their personality, so to have no one to love and no one to love them in return would be horrifying.

A lot of the lion’s confidence and energy comes from being around others, loving to pick up compliments and generally needing to hear that kind of positive feedback that lets them know they are the best. At everything. Lions love being in the spotlight, literally absorbing the accolades and admiration they feel is their due.

The biggest fear for a Leo then is to feel like they are completely invisible. To be trying their best, but to be so unimportant they might as well not even be there would be incredibly embarrassing for the regal king of the jungle.

On many levels, Virgos are willing to clean up the mess left by others, finding purpose and pride in being able to sort out a tangled mess and create some kind of order. As long as they have something to give them a sense of security to retreat to, they can do the dirty work all day long!

If Virgos suddenly find their world falling apart, their job is full of lazy people who never learn, their house is a disaster and there’s no help in sight, this can tear down the carefully constructed walls of the hard-working Virgo. The biggest fear for the sign of the virgin is to be surrounded by utter chaos.

Libra - Not Being Trusted

Libra takes a lot of pride in being able to help the people they most care about – your ability to remain calm and maintain a level of fairness in your judgments speaks very highly of your character. Being such a social creature, you are hyper aware of what’s going on around you, and you take comfort in the way you can start a conversation with anyone and almost immediately win their trust.

Because this is such an innate quality of the sign of the scales, to lose that balanced and well-earned reputation would be devastating to your confidence and sense of self. For this reason, Libra’s worst fear is to lost the trust others have in them.

One thing that’s easy to forget about the scorpion is how sensitive they are underneath that often intimidating outer shell. Part of the reason Scorpio is so hard to gauge is because they are in serious self-protection mode until they can really, truly trust someone. Scorpios spend a great deal of time observing others to ensure the worthiness in their life before they start to open up.

Even then, there can be a constant fear of losing the ones they care for, or worse, of catching them in a lie, as though they have been tricked. Being emotionally out of control is unacceptable to Scorpios, so their worst fear then is being betrayed by someone they trust.

Sagittarius - Loss of Freedom/ Being Caged

This fire sign has a deep-seated need to maintain their freedom, and they operate best when they can be flexible in their decisions and choices. This applies to most areas of their life, for in a lot of ways, they are like birds – needing to take wing at a whim, look at the bigger picture and be able to fly off to experience whatever inspires them in the moment.

Sagittarius’ worst fear then would be to be caged – contained in a way that wouldn’t allow them to make those quick twists and turns they love so much. Especially in relationships or at work, where they spend most of their time, if they are not free in the way they need to be, the beautiful spirit that is within Sagittarius will surely wither, and that is something to be afraid of.

Reputation is very important to Capricorn, part of the reason they can be difficult to get to know in relationships is because they are very carefully trying to protect a heart that is softer than they give away to the outside world. Capricorns are proud to be hard-working and of course it’s a major point of pride that they can achieve anything they set that determined mind to.

Keeping their cool is critical to their confidence, as reacting rationally is Capricorn’s modus operandi and to lose control and reveal how freaked out they can get in their heads would be out of the question. Therefore, a Capricorn’s worst fear is about revealing their vulnerability and losing that carefully controlled presentation.

Being unique is a key part of Aquarius’ psyche, this is part of what makes them so rebellious to others – they are not willing to be like everyone else, nor do they want to be. Sometimes they’ll go against the grain just for the principle of making it known they disagree with everyone else, wanting very much to make their own decisions and be respected as an individual.

For Aquarius then, their greatest fear is to give up that individuality and to conform to societal pressures. Losing the inner strength to keep fighting those personal battles is an essential part of their make up and to lose it would be to die a little inside.

The sign of the fish thrives on the energy of others – while they can be completely drained by someone who is very negative, they can be just as easily filled with tearful joy for someone celebrating a milestone. They are romantics at heart and live by their compassion and ability to help others.

There is a big part of Pisces that is co-dependent though, and they tend to rely on their relationships to give them strength when they need it, as it’s not as likely to be inherent on their own. Pisces can be so emotionally vulnerable, it’s eventually difficult for them to be alone for long periods of time.

For this reason, Pisces biggest fear would be to never find someone to love and support, or to be on their own with no one to love them.

We’re all afraid of something - whether we want to admit it or not! At the end of the day though, sometimes what scares us can compel us to succeed, to drive forward even harder in order to avoid becoming that which we fear. There is much to learn from our fears as well, and we are definitely capable in controlling our lives enough to change or conquer them.

Did we capture your biggest fear, or touch on something you didn’t even know you’d connect to? What is your worst fear?

Related Article: How to Overcome Your Own Worst Enemy: Fear

Vanessa Hardcastle is a hardheaded Taurus with an affinity for sarcasm, good books and large dogs. She is fascinated by sociology and behavioral psychology – what, exactly,… Learn More About The Author » 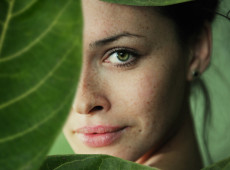 In honor of Taurus season being well underway, today we want to debunk some of the most popular Taurus myths out there that give those Taurus men and Taurus women out there a… Read Full Article » 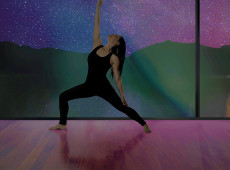 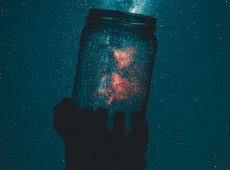 Happy Birthday, Pisces! And happy mid-February, fellow Earthlings. It may not feel like it now or last week, but Winter is almost over. Hang in there. This week we get a glimmer… Read Full Article »