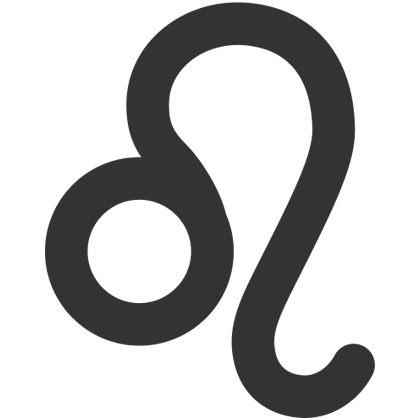 At first glance the Pisces and Leo match may seem like one of a pairing of the opposites, but there is more chemistry at work underneath the surface that could sustain Pisces and Leo for some time. Although these two zodiac signs bring very different things to the table, these different characteristics complement the union in a way that makes it tick very sweetly. Leo is the one in charge in this union, and Pisces is perfectly okay with that. Where this love affair may run into problems is if Pisces and Leo are ever unsure about what level of commitment they have. With a little bit of heat from this fire sign, and all of the love from the water sign, this couple has every ingredient necessary to keep romance brewing for a very long time.

pisces and leo Compatibility - The Pros

There are so many good things to say about the Pisces and Leo match. The similarities the pair shares are found in their creative genes. Leo loves the arts, all things luxurious, and the finer things in life. Leo is also usually able to provide all of the above. Pisces on the other hand appreciates the arts as well, in a creative sense rather than a materialistic sense. But either way, this is a common ground this pair shares that bodes well for their relationship. As the Fixed Fire Sign ruled by the Sun, Leo is driven and happy to take the reins in this relationship. This is a good thing for Pisces who appreciates someone making the decisions for them. Pisces is a romantic and a flirt by nature, and is also only too happy to give Leo all of the compliments they need to feel secure. The chemistry between this pair is also quite palpable. Both Pisces and Leo enjoy a little fantasy play as well. Pisces is all too happy to dream them up, while creative Leo makes them a reality. This is a relationship where the wishes just keep on giving!

pisces and leo Compatibility - The Cons

There are a few energies at play in the Pisces and Leo match that could threaten the long term nature of this affair. Pisces as a Mutable Water Sign wears their emotions on their sleeve. This is going to get a little overwhelming for Leo on occasion. At the same time, Leo is a bit of a flirt, and Pisces wants the eyes on them. So even though Leo is a harmless socializer, Pisces is going to take issue with this. Not that Pisces has anything to say about it since Pisces is an even bigger flirt. In fact, if there is anyone that is going to stray in this love it will be Pisces first as the Mutable Sign. Leo is fixed, and a stubborn one at that, and usually intends to be loyal to Pisces. But not if Pisces wanders first. The stubborn side of Leo won't be seen just in the way of flirtations, as when Pisces emotional waters run a little too deep for Leo, they will put their foot down and it will be fixed to the foundation and there won't be a thing one anyone can do about it.

How to Maximize Your Zodiac Compatibility

Despite the differences that threaten this pair, there is a lot that Pisces and Leo have going for them. They both have a way of opening themselves up to each other in a way that both needs and desires. Both Pisces and Leo are spiritually open to the world and humanity at large, and really attracted to this trait in each other. If they maintain this vision and stay open with each other, the stubborn and emotional moments will be few and far between. Pisces will be able to ensure this by flattering their Leo every day, while Leo can attain this by giving their Pisces the freedom they need. When this happens, so too will a long lasting romance, with a lot of heat for Pisces and Leo.

Check Out Your Other Compatibility Matches

Quiz of the Day

Which Chinese Zodiac Animal Are You?

END_OF_DOCUMENT_TOKEN_TO_BE_REPLACED

The Most Powerful Way to Clarity During Venus in Gemini

Happy July, friends! Are you getting your Summer lovin’ on yet? That’s the Venus in Gemini transit for you. Venus has entered Gemini this week and you need to be prepared! You… Read Full Article »

Everyone loves the Tarot, and the age-old system that is cloaked in charm and mysticism certainly is popular for a reason. What about its magical other half, though — an Oracle… Read Full Article »

Your Chiron Return: Where Are Your Wounds?

In the study of astrology, astrologers have begun to observe Chiron more closely especially when it comes to healing ourselves and finding sense in synchronicities. Some have even… Read Full Article »

Use This Tarot Spread to Find Universal Guidance
4 Good Luck Rituals for Jupiter in Pisces
Have You Heard of a Full Moon Hangover? Here’s What You Need to Know
Like
Follow
Follow