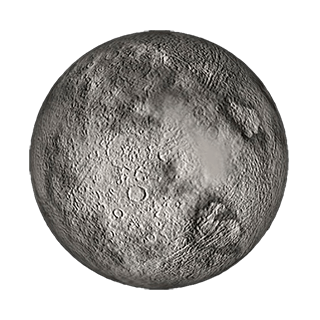 Named for: Chiron, the Centaur

Changes Sign: Approximately every 4 years (Varies due to eccentric orbit)

Although you won’t always find him in natal charts, modern astrologers are beginning to recognize the rather powerful influence of a minor planet (an object in orbit around the Sun that is neither a planet nor a comet) called Chiron (pronounced kai-ron). We haven’t known him for very long, but since his discovery in 1977 we’ve kept an eye on the space between the orbits of Saturn and Uranus, where Chiron travels. In Greek Mythology, Chiron is the son of Saturn, so it only makes sense that they orbit next to one another.

Because we have only just been acquainted with Chiron, he has not yet been assigned as ruler of any particular zodiac sign (yet). Some astrologers believe Chiron may even be maverick, meaning he may not rule any sign at all. Chiron’s significance over human life on Earth is also still being examined. That said, Chiron’s history in mythology explains how most astrologers understand his influence.

A physician, teacher, warrior, oracle, and astrologer, Chiron is recognized as the most superior centaur in mythology. After being wounded by a poisoned arrow, Chiron sacrificed his immortality and god-status to end the pain from the infected wound. Thus, Chiron has come to indicate the suffering and burdens that we must endure and learn to live with as mortal beings. Chiron unites paradoxes and extremes, indicating, as astrologer Judy Hall explains, “what must be integrated into and eliminated from life in order for an individual to achieve wholeness.”

Although it appears tragic at first, it is his release from pain and ascension to the stars that makes Chiron’s story so important. We must all struggle through certain hardships throughout life; it is how we rise to meet those hardships that will free us.

New Moon in Virgo: The Perfect Day To Plan Ahead

On September 9th, it’s the time again when we plant our seeds of intention, begin new goals and start to take action on them. A New Moon is the perfect time to ask the Universe… Read Full Article »

How to Navigate Uranus Retrograde in 2021

Greetings earthlings! Uranus is set to turn retrograde on August 19th, 2021 but it will go direct once more on January 18th, 2022. Uranus retrograde 2021 is now beginning, and… Read Full Article »

If you’ve been looking for a powerhouse week of manifestation and passion, then buckle your seatbelts and get ready for a wild ride! This week brings two major transits that… Read Full Article »

7 Ways to Help You Prepare for Taurus Season
Discover Your Deepest Sexual Desires with Mars in Pisces
Your Sign’s Weekly Tarotscope for April 18 - 24, 2022
Like
Follow
Follow